There are fifteen dogs in our household right now.

One wonders if that is enough.

One glimpses the mounds of steaming brown evidence in the yard and one muses on the wisdom of having fifteen dogs in one’s household. But then it snows again, and all is forgiven.

Rolla, one of our five Chesapeake Bay Retrievers, has had seven puppies. Round, roly-poly, furry little bear cubs who, at three weeks old, are starting to stagger around like tired drunks who can’t quite control their limbs. All they do is eat. Poor Rolla. My own worn out mammaries ache in sympathy. Any woman who has birthed and nursed any number of progeny would flinch to hear the gluttony of slurping and sucking and lip smacking that goes on at the Smorgasbord of Rolla. She just rolls her eyes and sighs. And then licks their bums. Ah, motherhood!

We’re also babysitting a black Lab puppy for a friend. At ten weeks old, little JoJo is a wrecking ball of energy. I collect a pile of debris every day… things she isn’t allowed to chew, but wants to. My phone, the remote, socks, pens, paint tubes, Philip’s ears, my shih Tzu, Max. Josie is a mouth on legs. She loves Philip’s beard… we think she’s nuzzling for a nipple in it’s furry depths. Yes, things get weird here on the Dockcove ranch. Don’t judge.

And, of course, we have the weiner. Jeep has succumbed to the cuteness of JoJo, just as we all have. Jeep… a miserly, hateful, stinky, neurotic weiner dog who pretty much only loves me… loves the Lab puppy. He lets JoJo lick his teeth. It’s not pretty. It looks dangerous and unhygienic to the innocent bystander, but it happens, and both parties seem deeply satisfied.

(Jeep is actually in raptures of joy in this photo.)

Having puppies in the house means broken sleep (just like having a human baby), bad smells (just like having teenagers), and worry and concern about their well-being (just like motherhood itself). It also means moments of extreme cuteness and wonder. 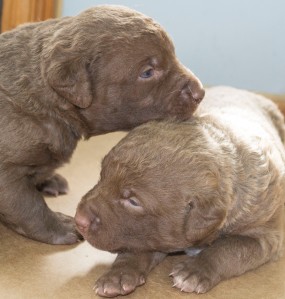 It’s getting us through winter, this plethora of canine delight. I don’t want to think about what the yard will look like… or smell like… when the snow melts, but for now we’re snuzzling.

There’s nothing like puppy-breath on a cold winter’s day to make you feel that all is right with the world. 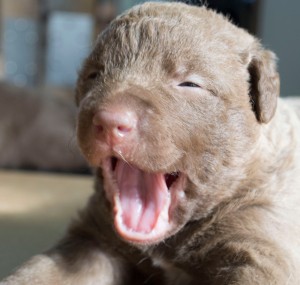 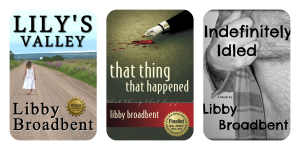 One thought on “Puppy breath” 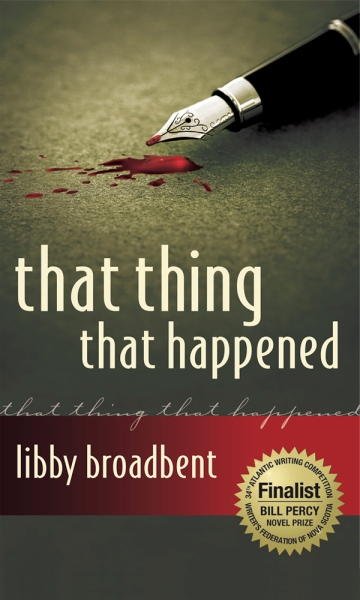